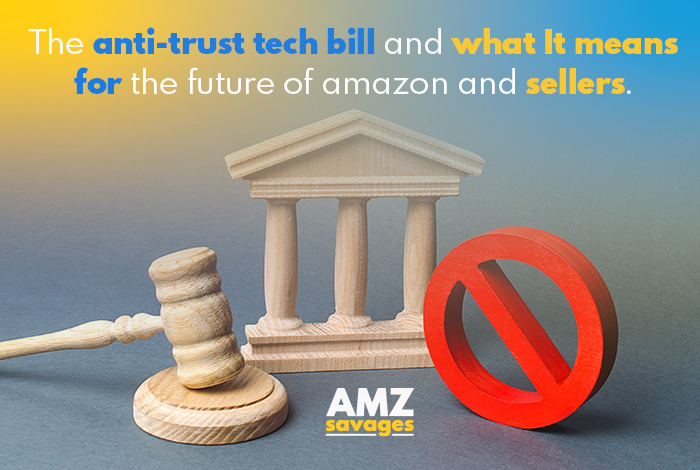 House lawmakers in early June of 2021 introduced sweeping antitrust legislation aimed at restraining the power of companies like Amazon, Apples, Facebook, and Google – known for their monopoly on ecommerce, information, and entertainment.

The five introduced bills would make it easier to break up businesses that used their dominance in one area to get a stronghold in another. This would potentially create obstacles for conglomerates trying to procure/monopolize rivaling companies as well as empower regulators with more funds to police companies.

The legislation would not only change the playing field for many, it would increase the threshold to prove that any acquisitions or mergers weren’t the results of obstructing competition from lesser-known companies or start-ups. More specific to Amazon, the new legislation could revoke Amazon’s privilege of selling their over-100 companies on its platform which indefinitely allows the conglomerate the ability to sell cheaper items and utilize advertising that undercuts many of the sellers on their platform. 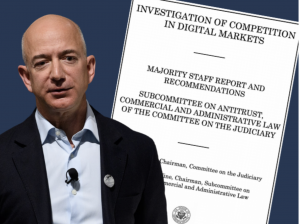 Amazon is known for a few things: its quick shipping, its unparalleled selection, and its ubiquitous presence in consumer life in the past decade. It’s also known for its ability so far to skate under the radar of regulators. Jeff Bezos has long contributed the success of Amazon to its laser focus on customer happiness. Their quick shipping and logistics are a big part of their strategy to surpass consumer expectations and provide delight at every turn.

To deliver on that promise, the strategy has been a long game. It took 7 years for Amazon to turn a profit as they reinvested in building infrastructure and working on their now-famous operational capacity that has set them head and shoulders above any other marketplace. But with such concern over their customers, the question remains: What about their sellers?

Another step in their strategy has been to expand their reach from just being an online bookstore to becoming the de facto online marketplace – an everything store, so to speak. They were able to bring a dizzying array of products together at low prices; the same blueprint that made Walmart a household name. This boost in inventory was ushered by the use of third-party sellers bringing their products to the platform, with many newcomers opting white labelling, drop shipping, retail arbitrage, and utilizing the Fulfilled by Amazon (FBA) program.

What Benefits do Ecommerce Sellers Get Using Amazon’s FBA Program?

Sellers can take part of FBA by paying the marketplace a fee in exchange for warehouse storage, packing, and shipment of their orders. This was beneficial for the third-party sellers by bringing them directly to where the consumer’s eyeballs are, allowing merchants to forgo maintaining or operating their own online store and having immediate access to hundreds of thousands of customers. By leveraging the FBA program, many didn’t even need to have warehouses, hold their own inventory, or deal with overhead costs associated with brick-and-mortar stores. The ability for the proverbial mom and pop stores to spring up and serve their products exclusively on Amazon was a path for many to entrepreneurship.

The added benefit of using Amazon’s services (as sellers have reported) is that in using FBA, they have the advantage of better search rankings and the reverent Buy Box. The buy box (accompanied with search position ranking) are keys for any retailer to succeed in a platform rife with competition. While this initially seemed like fair trade or even a deal to some sellers, many quickly learned that the high premium to utilize FBA and PPC advertising services was a cut above what other retail channels offered.

Amazon Has Made Some Sketchy Decisions in The Past For Sellers

When sellers tried to expand their sales channels that didn’t require such high fees, Amazon came back with a “most favored nation clause’ to add to their seller agreements. The “most favored nation” stated that “You will maintain parity between the products you offer through [other platforms] and the products you list on any Amazon site” – effectively instating that price, product description, and standards needed to be the same on their platform as all others. Amazon’s stance was that it was trying to prevent sellers from price gouging. However, the inverse was also true in that they were effectively preventing retailers to sell their products for less on any other platform. Which, in all honesty, was probably their underlying reasoning behind the clause in the first place.

Amazon updated this specific language in the US in 2019 after antitrust scrutiny, following suit from 6 years prior when they were forced to remove it for similar backlash. Stories came in of sellers who tried to lower their prices on other platforms only to have their listings suppressed on Amazon within a week. Reports say this wasn’t coincidental given that, when these other competing listings were removed, their Amazon presence returned to normal. 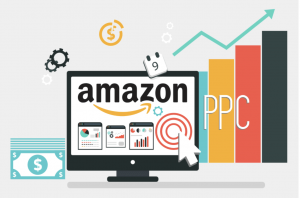 This sort of preemptive gaslighting didn’t stop there. Unsurprisingly, the other seller-funded cash machine on the famous marketplace (other than actual sales) is advertising. Amazon is the third-largest digital advertising company, outpacing the revenue of Snap, Twitter, Roku, and Pinterest combined – twice over. This only widened the gap between sellers who did or did not choose to pay up, making it nearly impossible for sellers that couldn’t afford PPC to climb the pages of Amazon’s catalogue.

When The Price Is Wrong

With FBA fees incrementally increasing (particularly around the holidays) and advertising spend pushing self-fulfilling, organic sellers further and further down SERPs, in recent years, many Amazon sellers have found it nearly impossible to compete with Amazon brands, big companies like Nike, and the aggregators that can afford egregious amounts of advertising real estate.

Amazon has reported that 92% of their third-party sellers utilize FBA, and in 2020 contributed $80.5 billion to their bottom line. This comes as little surprise given the practices highlighted above. Merchants can feel left with little choice other than to utilize the service, particularly with the Prime Badge incentivizing customers to only purchase products that offer 2-day delivery. It appears to be nudging sellers to believe there is some pay-to-play antics at hand with some price fixing suggestions.

More recently Amazon has been seen as being in direct competition from these same sellers who’ve bolstered and grown their business. Amazon has over 100 individual, private label brands that it sells. They claim that the use of their proprietary sales data is used to inform their private label businesses of opportunities and sales trends. This information would obviously give them an edge over any company on their platform, even though Amazon claims they do not look at individual seller data but rather data in aggregate. Regardless, the access to information that only can be known at a platform level can only be interpreted as an unfair competitive advantage over individual sellers. This is the crux of any antitrust accusations to Amazon’s private label business; that they’ve taken advantage of their competition. This inside information has made them able to acquire, copy, and stifle the competition of these same third-party sellers that once made Amazon the behemoth that it is now. 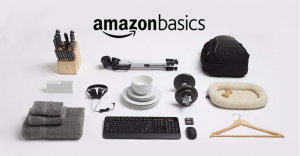 In May of 2021, suit was filed against Amazon by the Attorney General of Washington D.C. over their unfair price tactics. This joined the ongoing anti-trust cases against other big tech firms, Google and Facebook. The House Judiciary Committee brought forward 6 bills in an anti-trust legislative package that was approved to continue in June. These bills are not directed solely at Amazon, but are a measure intended to bring some regulation to tech companies – that unlike many other industries –  have been able to grow unencumbered by government intrusion. If this move is for better or worse seems to be up for personal opinion. On the surface, the House legislators are trying to even the scales of government intervention across all of public sectors and prevent price fixing or manipulation under the idea of consumer protection.

Of the 6 bills, the one most pointed towards Amazon is the Ending Platform Monopolies Act, which is sponsored by Rep. Pramila Jayapal, D-Wash. Her district covers Amazon’s headquarters in Seattle along with many other tech companies such as Microsoft. This bill aims to prevent platforms from offering a product or service that users must purchase or use in exchange for access to the platform. 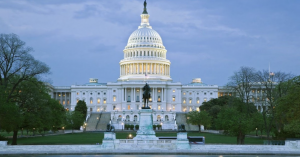 This can be interpreted to fly in the face of Amazon where sellers pay the FBA premium in exchange for a competitive advantage. Conversely, you could look at it as a premium service offering that in no way bars other sellers from accessing the platform. Where this will land depends largely on the information that only Amazon knows and litigators hope will be uncovered in the upcoming months.

With the increased pressure upon them from lawmakers, Amazon has started to use its considerable war chest to bolster its defence with a D.C. area-based legal team, comprised of former federal prosecutors and regulators. Hoping that these insiders can use their knowledge of the system to steal Amazon against allegations that could affect its future profitability and returns to shareholders.

In addition to the in-house legal council in 2020, Amazon spent in excess of $18 million on lobbying expenditures. This is only second to Facebook’s lobbying spend, and a company record thus far. These lobbying topics include data privacy, drones, veteran employment, and COVID-19.

They’ve also decided to try to mobilize their sellers – those very people that the legislation is attempting to empower. Amazon’s take is that big government is coming to make it harder for Amazon to do business, thus affecting both vendors and sellers on their domain. In conjunction with an email they sent to all of their merchants, They’ve set up a website to help sellers stay up to date on the newest news, branding both communication attempts to launch fear among the very people Amazon relies on to service its customers.

In the end, it appears that Amazon’s past behavior is starting to catch up with it as it evolves from a plucky startup story to a monolithic tech empire. To make light of the company’s arc, it does seem to echo that of its founder Jeff Bezos. Bezos started as a brilliant and quirky guy in Seattle who was fanatical about customers that would share with anyone who listened about his very unique warehouse cataloging systems. His story of a humble founder, refusing to upgrade his 1997 Honda even after being minted a multi-billionaire seems counterintuitive to the current state of affairs. This original image is a far cry from the current day in which he has a reported $21 million car collection, donning a stetson to play space cowboy, and has been embroiled in some scandalous private life affairs. What a journey it has been.

Much like its founder the company is understandably and rightfully allowed to change its business model and adapt to the new opportunities that its success has behooved on millions. In doing so, Amazon needs to be careful that it doesn’t bite the two hands that feed it – its loyal consumers turned off by the new image and its army of FBA sellers who bolstered its web presence to stratospheric heights. This isn’t so much a tale of David and Goliath as it is a fight between David (the government) and David (tech titans) and the only Gloiath is the sellers and end users in the bleachers trying to avoid being collateral damage as they look on to the ensuing battle.

Menu
and you’ll see exactly what you need to make your products a success
Schedule a FREE session with Fabian
Let's do this!
Free Coaching!
This website uses cookies to improve your experience. If you continue to use this site, you agree with it. Privacy Policy
Ok